Safe Boating Instruction in the Kawarthas Since 1959

Welcome to our Gallery
where you will see that we have lots of fun.

On March 31, 2018 Peterborough Power and Sail Squadron shared a display at Lansdowne Place with the Peterborough Canoe Museum. Thank you to Executive Officer Nick Cliteur and his wife Heather for arranging the day and setting up the display, and to the following for staffing the booth: Squadron Secretary Martha Scott, Past Commander/Electronic Media Officer Leigh Mellow, Historian/Instructor Mel Little, Historian/Instructor, and Officer at Large Doug Hagan.

Peterborough Power and Sail Squadron held its annual End of Season Pot Luck at Buckhorn Yacht Harbor in November 2017. Everyone enjoyed the evening. 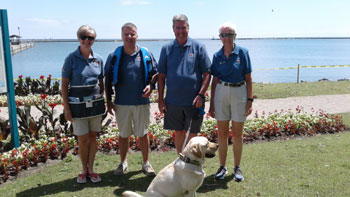 The photo below shows Phyllis Nick, and Gina with the boating.ca courses banner 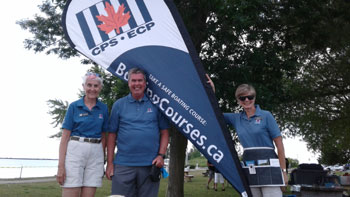 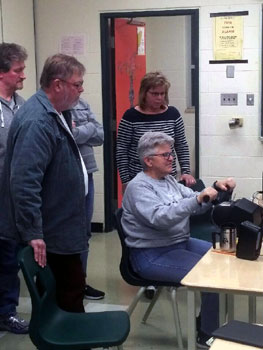 As an added attraction, we brought in the Boating Simulator so the students could try their hand at driving the boat, while in a safe (and dry!) environment. We had one or two crashes, but nothing too serious... 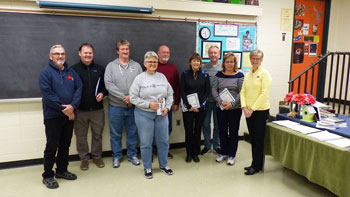 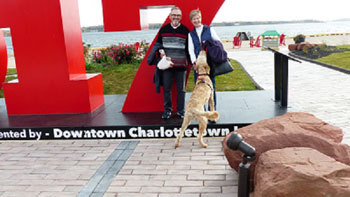 Photo at right shows Quinte District Commander Jim Lee and our Squadron Commander Gina Lee at the 2017 sign erected behind the Delta Hotel, on the waterfront, in Charlottetown PEI, location of the 2017 Conference. 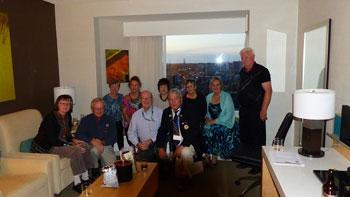 Have you ever wondered what makes the liftlock "lift"? The Peterborough Power and Sail Squadron had the privilege of an exclusive tour of the liftlock, including all its engineering wonders! Learn its historic background and see it in process... up close and personal on Saturday September 30, 2017!

Peterborough Power and Sail Squadron set up at display booth at Rock The Locks held in Buckhorn on August 26, 2017. It was a fun day with community displays, things for the kids to do, antique cars, BBQs, crafts, etc. 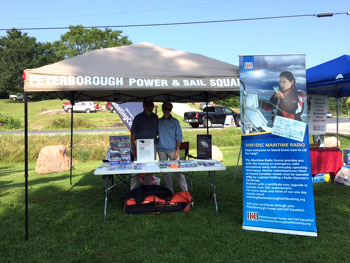 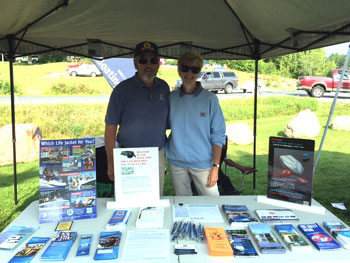 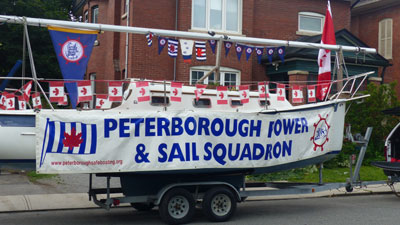 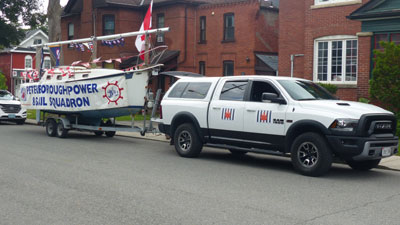 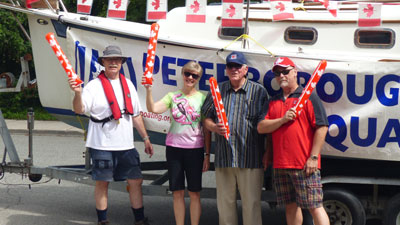 Women Making Waves, an education program by Paris Marine for women to help them become boaters, was held at McCrackens Landing on Saturday, June 17, 2017. 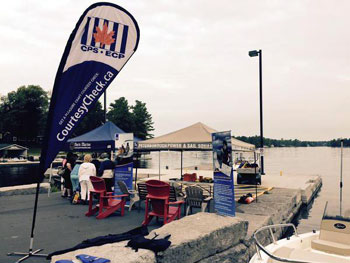 Peterborough Squadron Commander Gina Lee taught Mandatory Safety Equipment and Rules of the Road and Paris Marine staff taught how to trailer and get the boat in/out of the water, and then took participants out in a boat to teach them how to handle a power boat. This is a great program, and Paris Marine also now offers "Children Making Waves." 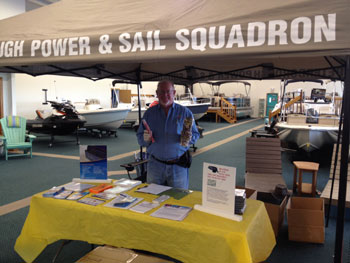 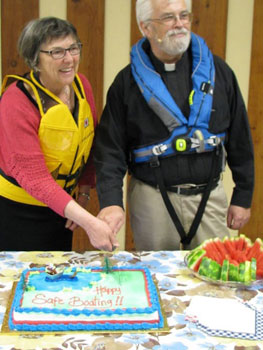 Safe Boating Week was celebrated with a Kick Off at St. Johns Anglican Church in Lakefield, Ontario. A special service and blessing for all boaters and their crew was performed by Squadron Membeer Reverend Munroe Scott. Those that attended wore life jackets and brought items from their boats to be blessed. Nautical hymns were performed by members of the St. Johns Church band. Mayor of Selwyn, Mary Smith took part in the festivities by assisting Munroe Scott in cutting a boating themed cake provided by members of the Peterborough Power and Sail Squadron. An information table was also on site and staffed by Squadron volunteers. 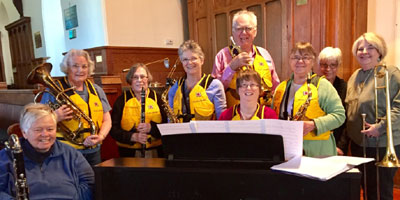 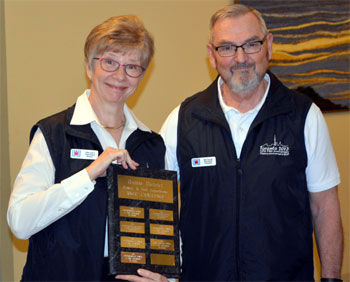 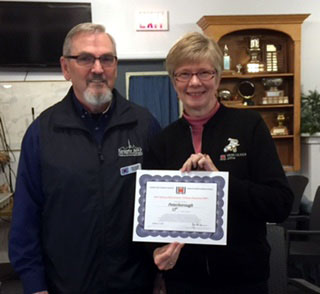 Squadron Commander Gina Lee accepts the CPS Foundation Certificate from District Commander Jim Lee indicating that Peterborough Squadron made its 12th Honour Roll donation in photo at right. Presentations were made at the Quinte District Council Meeting in November, 2016. 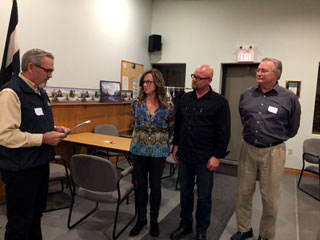 Shown above are 2016 Boating 2- Beyond the PCOC graduates Katrina Murphy, James Murphy, and John Cunningham
who were welcomed into our Squadron by Quinte District Commander Jim Lee at our annual End of Season Potluck.
More Photos

Visit our Gallery of Squadron Memories. Be sure to watch for links to full photo pages. Do you recognize anyone? Can you remember the event? Are you there?